The Te Manu Atatū – Whanganui Māori Business Network Awards were held mid 2017.  There were some fabulous Award categories and many local businesses took part in the event. Some have been around for a while and others are just emerging on to the scene.  Our Resource Recovery Centre entered the Mauri Awa Environmental Excellence category and took out First place. How awesome is that for a new venture!!

We are all so proud of our collective achievements. The Mauri Award award is the third acknowledgement the WRRC has received since start up in 2013. In 2014 we were placed as a finalist in the Minimising our Waste category at the national Green Ribbon Awards in Wellington then later that year we won the Community Innovation category at the NZ Sustainable Business Network Awards held in Auckland. 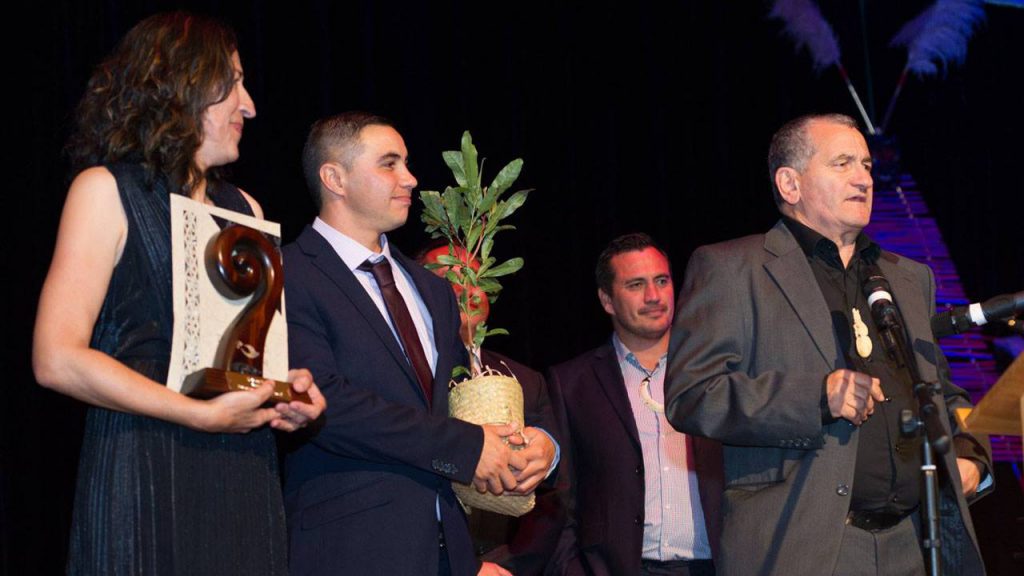 A great night enjoyed by all.

We are getting lots of Green-waste dropped off at the WRRC.  The wide concrete surface of our collection bay allows for easy backing and unloading. And there’s an added bonus… No MUD to trample through if you’ve forgotten to throw your gumboots in the car before leaving home!

Come on down. Our Prices are the lowest and most affordable in town.  And while you’re here – check out some of the other amazing services we have onsite. 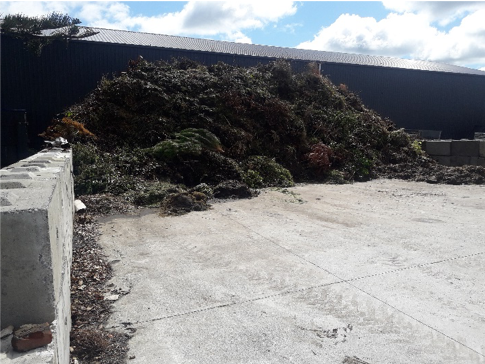 We DO take lawn clippings, garden waste, shrubs and vegetation:)

We don’t take SOIL, Fill, Bricks, Concrete, Rubble, Flax,  Tree STUMPS, Yucca, Fan Palm or Cabbage Tree foliage. All of these products get caught up in and damage the mobile shredding plant! 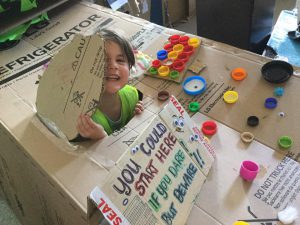 It’s recycling in the name of child’s play. A group of Whanganui children spent Saturday building a giant maze out of recycled material as part of the Global Cardboard Challenge and then they opened their creation up to the public. The event, organised by the Whanganui Resource Recovery Centre in conjunction with Sustainable Whanganui, was held in the Whanganui Resource Recovery Centre’s education room. It attracted over 100 maze adventures during it’s 4 day opening period.

One of the organisers, Catriona Atkinson, said the event was about encouraging kids to play and create with cardboard boxes. “The kids mostly did it with a bit of support. It has a lot of potential for kids.”

Such events helped children develop a positive connection with the recycling centre.

“It would be cool if there were more different things happening in Whanganui for next year.”

Lola Fisher (9) and Calexico Fisher (6) took the Chronicle on a tour through the cardboard maze, pointing out the walkie talkie, a stained-glass window, a couch, circus tent and a number of dead ends.

The Global Cardboard Challenge is an annual event organised by the Imagination Foundation. It was inspired by a short film about a 9-year-old boy who built an elaborate cardboard arcade in Los Angeles. 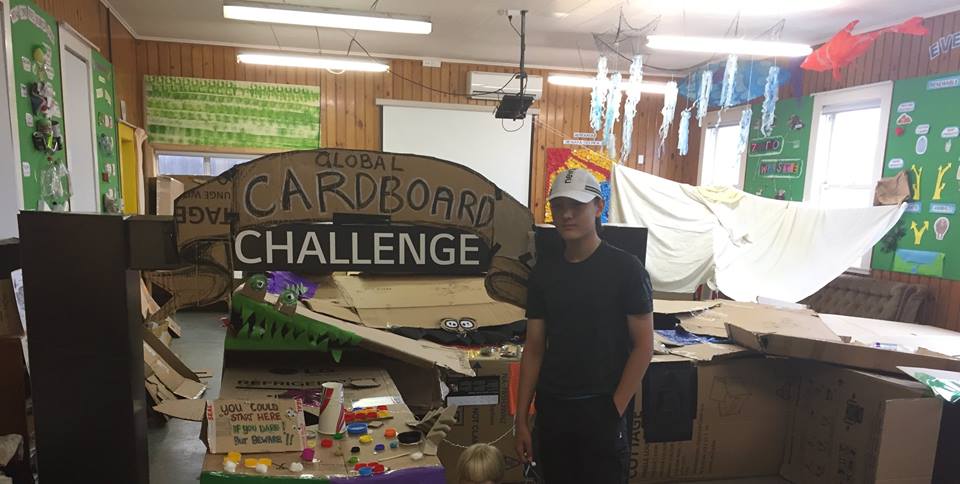 The Whanganui contingent was the only New Zealand group taking part.

Children can build anything they can dream up using cardboard and recycled materials.

For the full article head to the Whanganui Chronicle website.